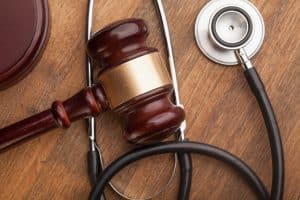 Brian Tally, former Sgt. in the U.S. Marine Corps, was injured severely as a result of the incompetence of a number of doctors and emergency room staff at a Loma Linda, CA VA hospital. The misdiagnosis he received led to an extended period of malpractice and neglect for months that almost took his life.

After a battle that lasted nearly a year with attorneys from the VA’s General Counsel, Tally was denied financial compensation for his injuries. The VA concluded that the physician accused was not actually an employee of the VA, but rather an independent contractor operating within the VA system. The VA also claimed it was not accountable or responsible for Tally’s injuries or the medical negligence and malpractice he suffered because of the current Federal Tort Claims Act’s (FCTA) contractor exemption.

What happened to Brian Tally?

In 2016, Tally was suffering from debilitating pain in his back that was getting worse. After seeking care from a VA hospital, the VA contract physician told him nothing was seriously wrong. However, Tally felt differently and went about to pay for his own MRI which revealed a staph-eating bacteria was attacking his back and spine. He proceeded to use the Veterans Choice Act to receive treatment at another hospital outside of the VHA system.

Upon seeking compensation from the physician for medical malpractice, he was informed that the contract health care provider was not covered under the FCTA. That meant any recovery he could receive would be limited to a state claim against the doctor who misdiagnosed his condition. Due to all of the delays involved and dealing with the VA general counsel for an extended period of time, he missed the statute of limitations for pursuing such a claim.

The FTCA protects individuals who have suffered negligence and injury or intentional torts caused by federal government employees. It provides individuals the right to sue when they have suffered injury by a federal employee’s actions under certain circumstances. Tally, in the aftermath of his ordeal, set out to amend the FTCA in order to make VA healthcare providers subject to its provisions.

He took his cause to Congress to address the problem. Legislation was introduced to address this disparity during the last Congressional session, but the bill died.

However, things are looking up. Federal legislation – Brian Tally VA Medical Care and Liability Improvement Act – was reintroduced in July to address the issue Tally and other veterans are currently facing. Passage of the bill will require bipartisan cooperation.

On September 26, a bipartisan bill was introduced that is designed to support military veterans who have legal claims against the VA and its independent contractors. The provisions of the proposed the Brian Tally VA Employment Transparency Act require the VA to provide several important pieces of information to a veteran within 30 days of the submission of that veteran’s claim:

Brian Tally’s important mission to make changes to these laws continues, helping to ensure the VA is fully accountable and transparent and protecting all veterans from unnamed independent contractors.