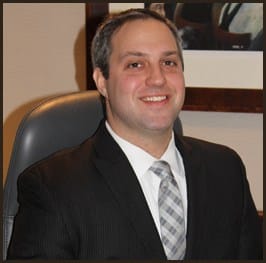 Matthew A. Nace focuses his practice in the areas of medical malpractice, personal injury, trucking litigation, wrongful death, and other negligence cases.

Mr. Nace graduated from Dickinson College in 2003 with a degree in political science. He spent two years working as the head paralegal at Paulson & Nace before enrolling at The Pennsylvania State University: Dickinson School of Law in the fall of 2005. While in law school, he met his wife with whom he raises his son and daughter.

Mr. Nace has been honored by Best Lawyers in America® for his work in Medical Malpractice Law – Plaintiffs’, in Washington, DC (2019), as well as being named a Rising Star by the Super Lawyers organization every year since 2014. He is a member of the Trial Lawyers Association of Metropolitan Washington, D.C., for which he serves as a member of the board of governors. He serves on the board of governors for the Bar Association of the District of Columbia, and was recently elected Treasurer of the organization. Mr. Nace was also elected the President of the Counsellors of Washington, D.C.; he formerly served as Vice Chair. Mr. Nace is also a member of the Maryland Association for Justice and the American Association for Justice. He was recently elected to serve on AAJ’s Board of Governors through the Section Leaders Council, and is the current Chair of AAJ’s Motor Vehicle Collision Highway and Premises Liability Section.

Prior to his legal career, Mr. Nace attended Georgetown Preparatory School in North Bethesda, M.D. While at Dickinson College, he spent two years playing football and four years playing baseball in the Division III Centennial Conference. He also served as President of the Pennsylvania Sigma Phi Chapter of Sigma Alpha Epsilon during his junior and senior years in college and has been recently placed on the Board of Governors of the PA Sigma Phi Alumni Association.

$37 million verdict in drug liability case involving birth defects from mother’s use of a prescription drug.

Represented a plaintiff who became paralyzed in a car accident as a result of a defective seatbelt. After six weeks...