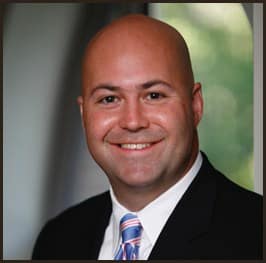 Chris was born in Washington, D.C. He graduated from Georgetown University with a degree in Government in 1998. In 2003 Chris graduated from Emory University School of Law where he served as Editor-in-Chief of the  Emory Law Journal. Mr. Nace also earned his Masters in Business Administration from the Goizueta Business School at Emory University in 2003. While enrolled in Emory’s JD/MBA Program, Chris was recognized as the Rothfeder Family Scholar and was awarded the Emory School of Law Dean’s Public Service Award.

Chris is a Past President of the Trial Lawyers Association of Metropolitan Washington, D.C.  Chris is an elected member of the Executive Committees of both the American Association for Justice and the  Public Justice Foundation. Chris is also a Past-Chair of AAJ’s New Lawyers Division and its Membership Oversight Committee.

Chris has tried numerous medical malpractice cases to jury verdict in Washington, D.C., Maryland and West Virginia. Mr. Nace has been awarded the American Association for Justice Distinguished Service Award on three occasions, and is also a past recipient of AAJ’s Wiedemann Wysocki Award and Heavy Lifting Award. He has been recognized by Best Lawyers, Super Lawyers, and Washingtonian Magazine, and as one of the National Trial Lawyers Top 100.

In 2019 Chris was awarded the Joe Tonahill Award by the American Association for Justice New Lawyers Division. The Tonahill Award is given in recognition of outstanding and dedicated service to and support of consumers and the trial bar.

Chris also serves on the Board of the National Capital Region  Living Classrooms Foundation.

As a native Washingtonian, Chris is enjoying Washington’s return to sports glory with championships by the Caps, Valor, Mystics, and Nationals!

$3 million verdict for paralysis due to failure to diagnose an epidural abscess.