The Daubert Case Changed How Drug Companies Are Held Accountable 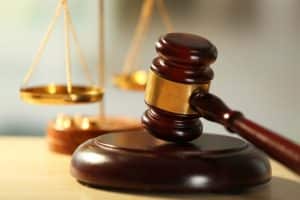 Not many people outside of legal circles know the Daubert name. They may have never heard of the case, or know that it set a precedent as to how drug companies can be held accountable. The Daubert family never expected to be famous, either.

The baby, named Jason, had missing fingers, a rigid right arm, a vestigial big toe, an undescended testicle, a hernia, and was missing a bone in his forearm. Doctors and specialists examined Jason in the days and weeks following his birth, running all kinds of diagnostic tests, but the cause of his birth defects remained a mystery even 10 years after his birth.

“I felt responsible,” Joyce told UnDark.org. “Because I carried that baby. It was horrible. I just didn’t know if I had what it would take to raise a deformed child. I quickly gathered myself and moved to that perspective, and operated on that ever since.”

Believe it or not, a newspaper article led Joyce to answers about her son. A decade after his birth, Joyce was reading the newspaper when she saw a picture of a girl named Mary Oxendine, who had a deformed arm just like Jason. The Oxendine family was part of a massive lawsuit in 1983 against pharmaceutical company Merrell Dow, which was part of the Dow Chemical Company at the time.

The lawsuit reached trial in a District of Columbia court and the family sought compensation for damages caused by a drug known as Bendectin, which was prescribed for morning sickness. It is a combination of vitamin B6, an antispasmodic, and an antihistamine. Joyce realized that she was prescribed the same drug when pregnant with Jason. Even though she only took the medication three times, she knew she found the cause of Jason’s deformities, so she made a note about the name of the attorney representing the Oxedines.

The founder of Paulsen & Nace, PLLC, Barry Nace, was that trial attorney.

“I took the case, having no idea, no clue what it was going to blow up into,” Nace said in an interview with Undark.org. “Because in those days, the scientific evidence crap wasn’t like it is today. You tried your case. You put your evidence forward, which is what I did.”

Barry Nace was right – there was no way to determine how the case would blow up. But blow up it did: the Oxendine family was awarded $750,000 in May 1983 by a jury. It was the first successful award against Merrell Dow out of more than 750 cases filed against the company. Just 13 days after the Oxendine family received their successful ruling, the company pulled the drug off the market despite the company’s repeated stance that the drug was safe.

It wasn’t over yet, though. The Dauberts’ case reached the United States Supreme Court in the early 1990s, and rulings from the court changed the way drug companies are held accountable based on the evidence presented in the trial:

Today, “Daubert” is no longer just the name of a family or the civil suit they brought against Merrell Dow. It is among the most cited Supreme Court rulings, and the name has become a verb. To Daubert an expert is to vet them; it is to scrutinize their expertise. Daubert hearings continue to shape headline-making lawsuits involving the herbicide Roundup and Johnson & Johnson’s baby powder, and the Daubert standard features prominently in discussions around criminal justice reform.

Barry Nace may have originally thought the Daubert family was a family in need like almost any other, but that case changed the way the civil justice system works.