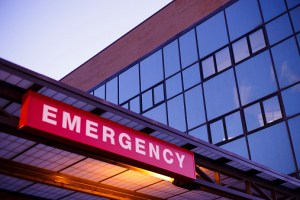 When you are suffering from severe symptoms and you need emergency care, who do you trust more than your doctor at your local hospital to fix you up and send you on your way? In most cases, that is what happens. Unfortunately, an Illinois woman had a less than satisfying outcome after visiting Centegra Hospital-McHenry hospital.

The plaintiff visited the emergency room at Northern Illinois Medical Center in February 2014, complaining of a stiff neck, pain, a red rash on her chest and a low-grade temperature–symptoms of what could be meningitis. The attending physician attempted to perform a lumbar puncture, also called a spinal tap, to rule out meningitis, which according to the U.S. Centers for Disease Control and Prevention (CDC), is a disease caused by inflammation of the protective membranes covering the brain and spinal cord. The inflammation is often caused by an infection in the fluid surrounding the brain and spinal cord. In order to diagnose the illness, a long needle is inserted into the lower spine to collect spinal fluid that will be tested. If the test is positive for meningitis, the patient would need immediate treatment otherwise, they can suffer serious injury or death if not treated immediately.

According to the plaintiff’s complaint, the doctor allegedly punctured her skin 20 times in an effort to perform a lumbar puncture. Five days later the plaintiff returned to the hospital complaining of pain and stiffness in her lower back and numbness in her legs. She was later diagnosed by another doctor with extensive nerve damage caused by the Emergency Room doctor’s repeated attempts at a spinal tap.

According to the Cook County Record, the patient has filed a lawsuit against the doctor and the hospital for medical malpractice. This patient may have grounds to file a medical malpractice lawsuit, however, in order to prevail, she must be able to prove that her doctor was negligent in inserting a needle into her spine 20 times in an attempt to perform a lumbar puncture. She would then have to prove that the doctor’s negligence caused her injury. The plaintiff would have to hire an expert medical witness, who will testify that the doctor’s actions deviated from an acceptable standard of care in that specialty.

In her lawsuit, the plaintiff might be seeking compensation for future medical treatments for the symptoms caused by the injury, it might include payment for her pain and suffering, lost wages from time she lost at work due to the injury, and possible diminished earning capacity if the injury interferes with her ability to do her job.