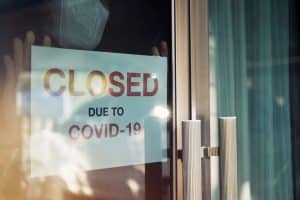 The COVID-19 pandemic has left lasting impacts on the entire country. These impacts are more than just health issues, high mortality rates, and high unemployment numbers. Businesses forced to close by executive orders from their state governor have lost out on income. These businesses, many in the restaurant industry, are taking matters into their own hands by filing business interruption lawsuits against their insurance companies.

In what originally was a popular idea among members of the Washington, D.C. Council, a provision to compel insurance agencies to pay claims for business interruption has been taken off the table as of May 5th. The provision in the proposed legislation would prevent insurance agencies from denying claims caused by loss of use and occupancy. The proposal was for companies with 50 employees or less and less than $2.5 million in annual sales. The insurance agencies would have only been required to pay out 50 percent of losses.

The D.C. Council has since backed off from this idea. The American Property Casualty Insurance Association (APCIA) estimates that based on the requirements proposed in the legislation monthly targets could range between $90 million and $447 million. If the insurance agencies had to pay 50 percent of losses, it would range between $45 million and $223 million per month.

Charles Allen, Ward 6 Councilmember,  was a strong advocate for passing this legislation. He expressed his disappointment with the decision to remove it from the table:

“I don’t think insurance companies are in a place where they’re laying off all their employees overnight or questioning whether they can open their doors. We want to fight for our small local businesses. Of course, insurance companies will say rates will rise if they have to make payouts. They will fight tooth and nail against this. They’re trying to convince us not to take any action.”

One D.C. restaurant has shouldered the load in the fight against insurance companies

As insurance companies across the country deny thousands of claims of business interruption filed by restaurants, one Washington, D.C. restaurant has shouldered the load in the fight against the insurance agencies.

GCDC Grilled Cheese Bar is a popular restaurant located close to the White House. The owner  of GCDC has sued his insurance company for refusing to cover the losses his business has suffered during the pandemic after paying what he claims to have been over $100,000 in premiums for coverage..

GCDC has a business interruption policy with The Hartford Insurance Company, which should provide compensation for money lost after a disaster. The lawsuit filed in the U.S. District Court in Washington, D.C. claims that GCDC was denied payment because the agency said the pandemic did not cause direct physical loss to the property. According to the lawsuit:

GCDC and other restaurants similarly situated bought full-spectrum, comprehensive insurance for their businesses — not just for damage to their physical premises and equipment. These restaurants believed that they had comprehensive coverage that would apply to business interruptions under circumstances like these, where they have done everything right to protect their businesses and the public.