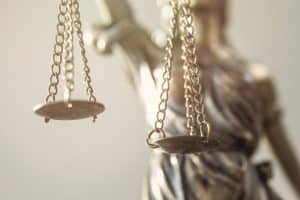 The Pound Civil Justice Institute is dedicated to helping ordinary citizens obtain justice by working with judges, lawyers, legal educators, and the public. The Pound Institute’s latest report focuses on aggregate litigation, and includes academic papers by prestigious professors and commentary by the panelists at a judicial forum held in July 2019. One hundred and twenty-two judges from 30 states attended the forum.

The Pound Institute is based in Washington, DC. You can read the report at this link.

The formal conference was titled, “Aggregate Litigation in State Courts: Preserving Vital Mechanisms.” Aggregate litigation is a mechanism for combining numerous lawsuits in one overall lawsuit and/or under the jurisdiction of one judge or one court. As one judge explained at the conference, “One of the primary motivations behind aggregate or class litigation is to promote fairness. If plaintiffs are bringing a claim against a giant behemoth corporation to right a $10 wrong, that just won’t happen unless we allow aggregate or class certification.”

The report and discussion encompassed a range of topics including the following issues prepared by Professor D. Theodore Rave of the University of Houston Law Center:

The forum also included conversations on the following topics:

Christopher T. Nace is a partner at Paulson & Nace, PLLC and Secretary of the Pound Civil Justice Institute. For more information, please contact the firm or call 202.463.1999.