Amtrak Engineer Charged with Involuntary Manslaughter Stemming from the 2015 Derailment 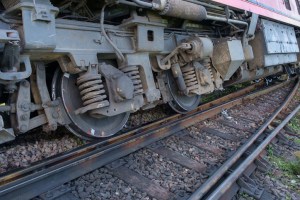 In May of 2015, eight people died and more than 200 sustained injuries after an Amtrak train derailed outside of Philadelphia. Now, two years later, the victims and their families may actually obtain the justice they seek; The New York Times reports that the engineer, Brandon Bostian, was charged with involuntary manslaughter on May 12, 2017 – even though officials originally declined to pursue charges against Bostian.

How the families were able to pursue a criminal complaint

Unlike in the civil justice system, a victim of a crime cannot bring a criminal lawsuit against a perpetrator; the government, either state or federal, must do it. (This is why you hear “The People vs. John Smith” in criminal cases.) Under normal circumstances, the district attorney decides whether or not to bring a case against a defendant. In this case, the DA closed its investigation and declined to move forward.

In Pennsylvania, however, there is a law on the books which “allows anyone to file a private criminal complaint in municipal court requesting misdemeanor charges against someone. In Pennsylvania, involuntary manslaughter and reckless endangerment are misdemeanors.” On Wednesday, May 10, attorneys for the victims’ families filed a complaint in Municipal Court, and Judge Marsha H. Neifield accepted it, and tried to order it back to the DA. When the DA office claimed it could not take the case because it would be a conflict of interest – after all, it had just decided not to press charges – the case went to Joel Shapiro, Pennsylvania’s Attorney General. He agreed to accept the complaint, “expanded the misdemeanor charges to include all eight people who died and added a charge of causing or risking a catastrophe, which is a felony,” as per The Times.

Building a case against Bostian

The investigation proved that Bostian was neither drunk nor under the influence of drugs, and that he was not using his phone. Last May, the safety board claimed that the engineer “appeared to have lost track of the train’s location while listening to radio transmissions from a nearby train that had been hit by a rock, investigators said at a hearing in Washington,” and “identified Mr. Bostian’s actions as the probable cause of the crash and argued that he had lost ‘situational awareness’ when his attention was diverted. A contributing factor was the absence of a safety system, known as positive train control, that officials said could have prevented the crash.” This lack of situational awareness led Bostian to believe he was in a stretch of track with a speed limit of 110 mph, as opposed to in a curve where the speed limit was 50 mph.

Even two years later, the Amtrak derailment remains one of the saddest tales we’ve heard. As Amtrak users ourselves, it’s easy to feel real empathy for the victims and the loved ones they left behind. We cannot say whether or not Brandon Bostian will be found guilty of the charges he faces, nor whether a guilty verdict will give these grieving families some closure. We hope, though, that they find some peace, no matter what happens.