Why Do So Many Wrong-Site Surgeries Occur? 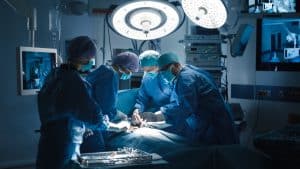 And yet, this particularly egregious form of medical malpractice occurs more often than we think.

What is a “wrong site surgery?”

According to the National Institute of Health, the definition of a wrong-site surgery (WSS) also includes “any invasive procedure that exposes patients to more than minimal risk, including procedures performed in settings other than the OR [operating room], such as a special procedures unit, an endoscopy unit, and an interventional radiology suite.”

The NIH states that the reporting of wrong-site surgeries (WSS) is often underreported. Possibly only one in ten WSS are reported to the Joint Commission. These are generally considered preventable medical errors. The NIH states that because wrong-site surgeries are virtually inexcusable “state licensure boards are imposing penalties on surgeons for WSS, and some insurers have decided to no longer pay providers for WSS or wrong-person surgery, nor for leaving a foreign object in a patient’s body after surgery.”

The Joint Commission, according to the NIH, has found that the following factors contribute to wrong-site surgeries:

The protocols should be used in hospitals, ASCs, office settings, and critical access hospitals.

The Association of Operative Registered Nurses (AORN), has developed additional wrong-site surgeries protocols and resources – through a corrective surgery toolkit. These include:

Many other medical organizations have developed their own standards for reducing the risk of wrong-site surgeries. Studies are being done to improve the Joint Commission protocols. For example, there are pros and cons to including patient input immediately before a surgery, because their input depends on their physical, mental, and cognitive states.