The Failures of the D.C. Veterans Affairs Hospital Are Part of a Larger Problem 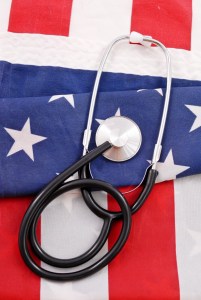 The United States Department of Veterans Affairs is the second-largest agency in our country. It employs more than 377,000 people. It has a budget of $180 billion. It runs more than 1,700 hospitals throughout the country.

And it is systematically and systemically failing our veterans.

The Washington Post reported on March 16, 2018, that Inspector General Michael J. Missal found that a local VA hospital was failing to deliver quality and timely services to veterans in need. General Missal’s findings are just one of many reports showing that care at VA hospitals nationwide is need of significant improvements.

The report disclosed the following failures at the D.C. Veterans Hospital:

The Inspector General also found that the Washington D.C. facility had spent nearly $92 million dollars on medical supplies without the necessary proof or support that these procurements were needed or cost-effective. For example, the hospital paid $900 for a special type of needle that was available for $250. Purchases for medical speculum were twice what they should have been.

Many medical supplies, more than a half-million, were not being used and were just being stored in a warehouse away from the facility. Per the Post, “Between 2014 and 2016, there were at least 375 patient safety incidents because of supply problems.”

The report stated that VA officials had knowledge of these problems and failed to assign responsibility or take corrective measures.

There is a silver lining, however: these instances did not lead to patient harm. Missal attributed this to the healthcare providers at the facility, who were able to make do with what they had.

The D.C. hospital is not the only one with problems

Over the years, VA hospitals have become bogged down by scandals and bureaucracy, all the way back to 1945. Long wait times, inadequate services, irresponsible doctors and data breaches have become so common, many people simply assume the agency will make mistakes. (The infamous Walter Reed scandal even has its own Wikipedia page.) While D.C. may be in the hot seat now, it is not the only VA hospital in need.

The Post article also identified a VA facility in Louisiana that employed a psychologist with known felony convictions and an Iowa veteran who died due to the negligence of a doctor who had numerous malpractice complaints filed against him. VA hospitals in North Carolina and Virginia have “widespread inaccuracies and coverups” associated with them. Wait times at other facilities have also been concealed. Many patients in a Phoenix Arizona facility died while waiting for care.

Veterans risk their lives to protect our liberties. They deserve first-class treatment. Medical facilities, even government-run facilities, that fail to place the health of their patients first should be held accountable. It is literally the least we can do for those who put their lives on the line for us.