The Deadly Threat of Superbugs in Hospitals and Beyond 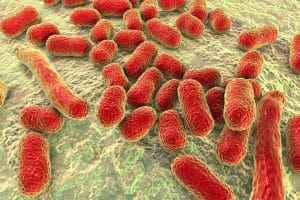 When you visit or are admitted to a hospital as a patient, you are entering the confines of a complex health care system in which many communicable diseases and opportunities to acquire those diseases are present. The term used for this occurrence is Hospital Acquired Infection.

Of particular concern today are certain strains of bacteria that were once dealt with easily with a shot of penicillin decades ago, now having become resistant to some of the most powerful wonder drugs available. The antibiotic resistance of these bacteria has been attributed to an overprescribing of antibiotics in past decades.

According to the Centers for Disease Control (CDC) a minimum of six superbugs flourish within the confines of hospitals today. These superbugs are:

All of these forms of bacteria are powerful enough to kill an individual. In certain cases, drugs are available to treat individuals with these bacteria, but they tend to develop a resistance to most if not all treatments after a period of time.

In order to prevent the spread of infections, it is important to effectively isolate patients. If one patient has a highly infectious disease, that patient should not be placed in the same space or room with another patient. Individuals who have particular susceptibility to infections, such as younger or older patients, or those who are immunocompromised, should be kept separated from those who have these diseases. Unfortunately, medical errors and medical negligence are possible in these situations and do occur. Sometimes these errors can be deadly.

A deadly strain of salmonella that is likely not to respond favorably to antibiotics commonly used to treat this infection has recently been discovered, resulting in hundreds of people becoming sick.

The CDC published its Morbidity and Mortality Weekly Report on August 22. The report reveals that in less than one year (from June 2018 to March 2019) 255 individuals in 32 states became infected with the airborne strain, 60 of which were hospitalized and two of which lost their lives.

The spread of deadly bacteria and hospitals

Bacteria is spread too often in hospitals by the simple failure of doctors and medical personnel to wash their hands thoroughly between patient visits. Hands that have touched an infected patient should never touch another patient without first being properly washed. If doctors or nurses are found to skip the hand washing routine and that failure results in a hospital acquired infection of the patient, the injured party may have a legitimate medical malpractice claim.

Human nature is such that even with rules and reminders in place, the temptation to skip such an important step as washing the hands is yielded to by some. An advisable safety measure for patients is to never allow a medical professional to touch you unless you are confident they have washed their hands first.

Whether for your own care of the care of a loved one in a hospital setting, proper hygiene is crucial to ensure you are not exposed to the dangerous forms of deadly bacteria now lurking in hospitals across the nation.