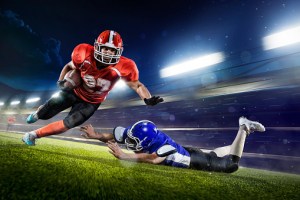 In December of 2016, the National Football League (NFL) came to an agreement with retired players who are suffering from debilitating brain ailments caused by serious blows and multiple less-severe blows to the head during their football careers.

The settlement, which might be worth as much as $1 billion and will cover almost every former NFL player for the next 65 years, opened for registration on February 7, 2017. The registration process is for members of the NFL settlement class members, which includes retired NFL players, those who have a legal right to act on behalf of a former player, or those who qualify because of their relationship to a former NFL player. The deadline to register and apply for benefits is August 7, 2017. Those qualified members of the class who do not register for benefits prior to the August 7 deadline may not be entitled to receive compensation.

The league had been locked in a contentious battle with many former players who were suffering from brain diseases such as Alzheimer’s, dementia, and other conditions due to the NFL’s repeated denials of a link between the repeated head traumas that football players endure and the brain disease that many of them end up getting. The players and their caregivers will use the money from the settlement for medical bills, to pay for the medications they need, to retro-fit their homes to make them wheelchair accessible, to pay for caregivers for those who can no longer care for themselves due to sever brain ailments.

A story in the New York Times reports that a critical aspect of the agreement was that the league agrees to an unlimited amount of damages, and that players would not have to prove that they sustained concussions while playing in the NFL or whether their concussions caused their brain ailments.