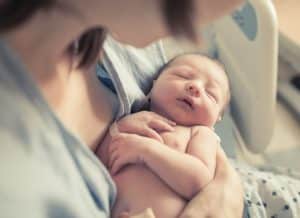 Brain trauma is one of the most devastating diagnoses a doctor can give to the parents of a newborn child. Conditions like cerebral palsy, Hypoxic Ischemic Encephalopathy, umbilical cord issues: these are the conditions that nightmares are made of. Even “mild” brain trauma is serious, and can lead to difficulties for the rest of the baby’s life. However, there’s the possibility that a new scan could lead to earlier detection of brain trauma in newborns.

A brain scan that takes no longer than 15 minutes could lead to the discovery of brain trauma almost two years sooner than currently available methods. The scan, known as the Magnetic Resonance (MR) Spectroscopy, was able to predict brain trauma in a study of 200 newborns in the United Kingdom and the United States with 98 percent accuracy.

MR Spectroscopy is not widely available yet, which means doctors must rely on MRIs, CT scans, and ultrasounds to find possible brain damage in newborns if they suspect the baby suffered an injury before, during, or after birth.

Brain damage is often caused by oxygen deprivation and doctors rely on the above tests to see if one area of the brain is lighter than the other. Based on the results, the doctors try to estimate the extent of the damage and inform the parents as to the long-term disabilities the child could suffer.

The methods currently used only have effectiveness ranging from 60 to 85 percent. The outcome relies heavily on the individual who read the scans. This is why medical professionals cannot truly determine whether or not a child has brain damage until they reach the age of two. This is due to doctors monitoring the child’s development with walking and talking.

What the study said

The study was conducted by Imperial College London and included newborns in the United States. The scan tests the thalamus, which is a part of the brain that helps with movement and is most often damaged when a baby suffers from oxygen deprivation. The scan of the brain looked for the compound N-acetyl aspartate. If the levels of this compound are between nine and 10, the brain is healthy. If the levels fall to between three and four, it is an indication of brain damage.

Dr. Sudhin Thayyil, Director of the Centre for Perinatal Neuroscience in Imperial’s Department of Medicine and study author, explained:

At the moment parents have an incredibly anxious two-year wait before they can be reliably informed if their child has any long-lasting brain damage. But our trial—the largest of its kind—suggests this additional test, which will require just 15 minutes extra in an MRI scan, could give parents an answer when their child is just a couple of weeks old. This will help them plan for the future, and get the care and resources in place to support their child’s long term development.

During the study, any baby who was suspected of suffering brain damage underwent cooling therapy immediately after being born. Cooling therapy has become routine when a baby is suspected of suffering from brain trauma. The baby is placed on a mat that cools its body temperature by four degrees. Evidence suggests that cooling the temperature of the baby’s body helps to reduce damage to the brain.