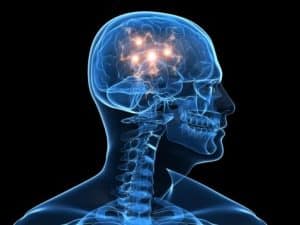 Whether you suffer a traumatic brain injury from playing sports, a violent attack or a car crash, a concussion can have a devastating impact on those who survive them. A new study published in the Canadian Medical Association Journal shows that head injuries cause more damage than previously thought and carry far more significant long-term risks, which include an increased risk of suicide.

The study shows that even a mild concussion increases the risk of suicide three-fold in adults. Donald Redelmeier, one of the senior authors of the study from the University of Toronto, wanted to look at the long-term risks of concussion. They studied more than 250,000 adults who had been diagnosed with a concussion over the course of 20 years and tracked for their subsequent mortality from suicide. Redelmeier and his colleagues were not able to point to a clear underlying cause for the connection between concussion and suicide. One of the likely explanation is that a brain injury from a concussion causes inflammation. Other studies have pointed to a greater risk for mental illness in those who have suffered a head injury.

The authors of the study said, “The increased long-term risk of suicide observed in this study persisted among those who had no psychiatric risk factors and was distinctly larger than among patients after an ankle sprain.” In publishing the study, the researchers hope that their conclusions will help doctors and their patients to better understand the risks of suicide that can come with concussion.

Redelmeier and the researchers on his team recommend that head injuries be taken far more seriously. He suggests that those who have suffered from a concussion or a TBI to take a break, rest, and not resume full time activity until they feel 100 percent recovered.

The U.S. Centers for Disease Control and Prevention (CDC) reports that traumatic brain injuries can result in problems that can affect individuals and their families over a long period of time, and they can have a significant impact on society and the community. In one year, the CDC estimates that there are about 2.2 million emergency department visits due to TBI. There are approximately 280,000 hospitalizations and 50,000 deaths.

In a hearing before the House Government and Commerce Committee, Jeff Miller, the NFL executive VP for health and safety policy, admitted that there is a connection between football and chronic traumatic encephalopathy (CTE), a degenerative brain disease that can develop after multiple head traumas. Junior Seau, a Pro Football Hall of Fame player, was diagnosed with CTE in the autopsy that was performed after he committed suicide.

The Pop Warner Football organization recently settled a lawsuit brought by the mother of Joseph Chernach, a young man from Wisconsin who had been playing tackle football since he was 11 years old. He hung himself in his mother’s shed in 2012. He was also diagnosed with CTE posthumously.

A TBI whether from one concussion from a car crash, or from multiple traumas from sports or other activities, can cause permanent personality changes and difficulties with speech, concentration, thought processing, and short and long-term memory loss. Debilitating pain, seizures, anxiety and depression are other consequences of concussion and head injury, which can also lead to suicide.