New Protections for Veterans Passed by the Senate 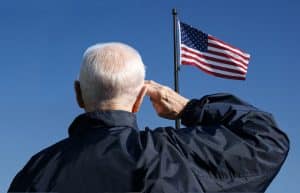 For many years, significant problems have lingered at the Veterans Administration regarding a lack of prompt, reliable, and quality care provided to our wounded warriors. These concerns have led to investigations and subsequent actions to resolve these issues.

The Government Accountability Office (GAO) issued a disturbing report from 2017 that exposed a problematic trend occurring in VA facilities. According to the report, these facilities have been failing to report to the National Practitioner Data Bank and relevant state licensing boards responsible for monitoring dangerous practitioners and medical providers who have made significant errors. As a consequence, these practitioners have been able to cross state lines or enter private practice without revealing past mistakes to their patients or state regulating agencies.

The GAO indicated that these failures could hurt patients and veterans at non-VA facilities. They cited a particular case in which a doctor resigned from the VA to avert an adverse privileging action – a denial, revocation, or suspension of clinical privileges. The doctor was later hired in the same city by a private hospital. A couple of years later, that new hospital initiated an adverse privileging action for the same cause for which the doctor was compelled to leave the VA.

Once law, the VA Provider Accountability Act would require the VA to notify the National Practitioner Data Bank and licensing boards in the states about highly significant adverse actions committed by VA medical providers. It would also prohibit the VA from agreeing to settlements with fired employees in order to cover up serious medical malpractice errors in their files.

The legislation passed by the Senate has the support of the Federation of State Medical Boards (FSMB), the National Council of State Boards of Nursing (NCSBN), and the Paralyzed Veterans of America (PVA).

The Senator who introduced the VA Provider Accountability Act – Sen. Cory Gardner, R-CO – stated the legislation was only addressing a small percentage of VA doctors who perform at substandard levels or acted inappropriately.

The Senator, while acknowledging that the preponderance of VA medical providers and employees deliver exceptional care to veterans, also stated that “there is no excuse for allowing certain medical providers with a history of committing major medical errors to continue putting other patients at risk. We owe every single veteran the best possible care, and we can only provide that care with increased accountability.”

The cosponsor of the bill – Sen. Joe Manchin, D-W.Va, stated that the “VA has made attempts to correct this on their own, but I believe strict guidelines must be implemented to assure our veterans are receiving the highest quality of care.”

He went on to say that, “While a great majority of VA doctors provide the very best of care, the system can be ruined by a few bad apples and it’s our duty to protect Veterans from these dangerous doctors.”