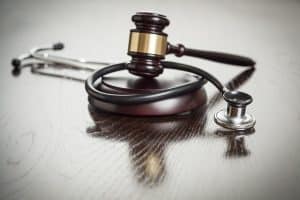 When you go to a doctor expecting to get help, and you receive a diagnosis and plan of attack to make you better, you feel mostly relieved. At least you now know what’s going on with that abdominal pain or throbbing back. At least now you have a doctor who understands how to get you back to your normal, healthy self. You trust that he or she has your very best interest at heart and will live up to the oath he or she took upon becoming a healer.

Unfortunately for some, the pull of wanting a luxurious life supported by an over-inflated bank account takes priority over patient care. Even more unfortunate is that the medical malpractice that occurs to attain that goal will come at the cost of your health.

In non-emergency medical situations, doctors are required to obtain written, informed consent from their patients before engaging in medical procedures. This means the patient has had all medical options presented, including the disclosure of any risks. He or she has also had an opportunity to ask questions about the procedure and other concerns. This ensures that the patient knows what could happen and that he or she is agreeing to accept those risks.

Doctors perform procedures in emergencies all the time without the consent of their patients and without being sued for medical malpractice. In those instances they were doing what they believed was in the best interest of the individual to prevent his or her death, or permanent injury. Often, the patient may be in shock or unconscious and unable to consent, but life saving measures were required.

Then you have non-emergency situations where doctors perform procedures without actual informed consent. In these situations, either the patient is unaware that the procedure was even being performed, or the doctor misled the patient to believe that he or she needed the procedure and falsely obtained consent. These actions frequently involve illegal activity, but they often result in medical malpractice just the same.

An unforgivable betrayal of trust

Two doctors practicing in very different areas of medicine are finding out the hard way that intentional medical malpractice wasn’t worth it. Dr. Javaid Perwaiz practiced gynecology in Virginia where he injured many of his patients – all women. Neurosurgeon, Dr. Aria Sabit, attended medical school in Virginia but “treated” his victims in California and Michigan.

Dr. Perwaiz performed numerous surgical procedures on his patients, including hysterectomies, that were not medically necessary. The purpose was solely to submit false claims to health insurance companies for financial gain. While some surgeries submitted for insurance reimbursement were never even performed, some were accomplished without patient consent. One tactic Perwaiz used was to instill fear into women through improper diagnosis by telling them that they’d develop cancer unless they agreed to surgery. He removed half the cervix of another patient without her knowledge, causing difficulty becoming pregnant while another patient almost died from unnecessary surgery. Former patients are now suing him.

Dr. Sabit also performed unnecessary, shoddy spinal surgeries, leaving many of his patients permanently injured. His patients were cut open to have unnecessary surgical devices implanted, or patients were told that they had devices implanted when they actually had none. Approximately 30 of Sabit’s patients sued him for medical malpractice, many of whom can look forward to lives with permanent pain and mobility issues.

Sabit, like Perwaiz, was greedy. His windfall came from two sources: one in the form of kickbacks, and the other from insurance fraud. The former doctor received payment for using medical devices from a physician-owned company in addition to billing for devices that were never used.

It seems almost inconceivable that doctors would purposely endanger patients for any reason, but it happens fairly often. Protecting yourself and your loved ones from medical injuries becomes infinitely more difficult when going up against unscrupulous doctors who have no qualms about patient safety or wellbeing.