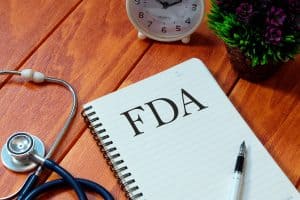 Most doctors and the public think that the FDA’s database on defective medical devices should be current and complete. If a product malfunctions, the reasonable expectation is that the doctor can research the device to learn what complaints have been filed and whether it is safe for future surgeries. What doctors also expect is that the FDA will issue warnings when it learns about defective devices before a doctor steps into the operating room.

Yet Dr. Douglas Kwazneski, according to a Kaiser Health News story, faced two “surprises” during and after an appendectomy he performed a few years ago. The first surprise was when a surgical stapler locked up, preventing the proper sealing of a patient’s tissue. The second surprise was when the doctor researched the FDA database, and found no record of the failures of the surgical stapler used in the appendix operation.

The surprises kept coming. The doctor learned from other doctors that about 2/3 of the surgeons had experienced or knew a doctor who had experienced a similar surgical stapler malfunction. The doctor then learned that the FDA did have knowledge of surgical stapler malfunctions, which it kept in a special
“exempt” database which other doctors and the public couldn’t see. The doctor likened this exempt database to a cover-up operation.

Kaiser Health News (KHN), reported that since 2106, more than 1.1 million “incidents have flowed into the internal ‘alternative summary reporting’ repository, instead of being described individually in the widely scrutinized public database known as MAUDE, which medical experts trust to identify problems that could put patients in jeopardy.” The exempt database includes reports on more than 100 medical devices. Many of these medical devices are used in surgeries. Many are implanted in the patient. One medical device included in the device, in addition to the surgical stapler, is a balloon pump designed to improve a patient’s circulation by being “snaked into vessels.” Pelvic mesh and heart implant devices can also be found in the exempt database.

If a death occurs due to a surgical stapler or other medical device, the device must be included in MAUDE. Otherwise, the FDA says the exempt database can cover thousands of devices – many of which are already subject to litigation. KHN found that thousands of instances of medical device malfunction were reported in the exempt database. KHN found 480,000 injuries or malfunctions in just 2017 alone.

Other doctors, in addition to the surgical stapler doctor, are alarmed by this secrecy because an unawareness of safety concerns can cause death and serious physical harm.

An FDA spokeswoman said that “Any device manufacturer can request an exemption from its reporting requirements.” In order to access the exempt database, members of the public need to file a request through the Freedom of Information Act – which can take several years to get a reply.

The legal remedy for holding device manufacturers liable for defective products is a product liability suit. When death occurs, the family of the deceased can also file a wrongful death action. Cases against the device makers can also be based on negligence or breach of warranty.