Despite Millions in Research Funding Still No Effective Treatment for TBI

According to the Centers for Disease Control & Prevention’s 2015 report to Congress in March, there are 2.2 million Emergency Room visits associated with concussion or mild traumatic brain injury (MTBI). There are 280,000 hospitalizations and 50,000 deaths every year due to MTBI and despite a Congressional allocation of more than $600 million since 2007, there have been no breakthroughs in the effective treatment of MTBI.

The CDC’s report states that “A TBI can affect how a person feels, thinks, acts, and learns. These effects can last long after a person’s medical treatment and rehabilitation are completed. Falls and motor vehicle crashes, are the leading causes of TBI overall. Understanding the health effects and available rehabilitation services necessary to improve quality of life is vital for reducing the burden and cost of this injury.” 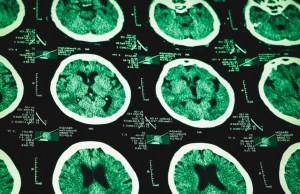 An article in the New York Times recently reported that the Department of Defense has spent more than $800 million on brain injury research, and the National Football League and General Electric spend even more. The long term consequences of concussion which can vary widely from person to person depending on the severity of the injury can include:

These are just a few of the more common symptoms that could manifest following a mild TBI. Given the fact that the number of people who are facing these kinds of challenges in their lives is growing by more than a million each year, businesses have been searching for solutions to sell to an ever increasing market.

The New York Times article points to the booming industry that is growing up around the treatment of concussion that includes all kinds of products and screening tools, helmet sensors, diagnostic blood tests and brain imaging devices.

In the perfect example of bureaucracy at work, another study is being done by the Government Accountability Office to investigate whether or not the original studies were flawed.