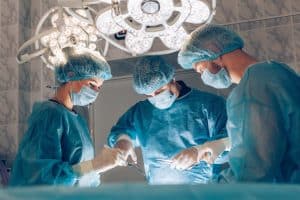 Most people are familiar with the black box as it relates to commercial aircraft. Black boxes record various flight parameters in real time such as altitude, airspeed, control positions, and more. In the event of an airline crash, the black box, if found, can provide extremely important information about what led to the accident and what needs to be done to prevent similar accidents in the future.

Although commercial airline pilots are responsible for hundreds of lives from the time of takeoff until the landing, many surgeons have been reluctant to have similar black box devices in the operating room watching and recording their every move. The reasons are obvious in that, in their view, it could open the door to more easily proving medical malpractice, if a surgical error occurs.

The OR black box

Of the hundreds of millions of surgeries performed throughout the world each year, tens of millions result in some sort of complication. Toronto based surgeon Teodor Grantcharov has developed a device – the OR Black Box – that presents a potential solution to minimize the number of surgical errors that occur each year.

The OR black box version functions similarly to an airplane’s black box. It records the patient’s vital signs, video, audio, signals from electronic surgical instruments, and more. Medical professionals are able to analyze this data for teaching purposes.

The Toronto surgeon, Grantcharov, mentioned above, who developed the concept of the surgical black box published a report along with his colleagues in 2018 about their experience testing the black box concept. Grantcharov and his researchers evaluated 132 patients consecutively who underwent laparoscopic procedures at an academic hospital.

Significantly, they found distractions and errors in every case. An auditory distraction is a sound not relevant to the procedure at hand that can potentially interfere with the attention of medical personnel and their decision-making. The study found a median number of 138 auditory distractions. For each surgery, the number of median errors was 20 with a high of 36 in some surgeries, and a low of 14. The errors were most prevalent during the surgical phases of dissection and reconstruction.

These are particularly alarming statistics and indicate that a significant problem is prevalent in many surgical settings, leading to more errors than the general public probably would not expect to be occurring at such frequency.

Having this unbiased data is a good thing for the medical profession and the general public. With black box devices such as the OR Black Box present in surgery rooms, surgeons and patients and their families can ultimately learn what went wrong during a particular procedure and how the errors can be avoided in the future. We believe the medical profession has an obligation to remove from secrecy its performance record. It should allow patients and the public to benefit from new technologies – such as the OR Black Box – that can reveal what happens in the surgery room and enhance patient safety in the long run.