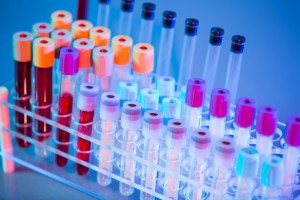 A new blood test being developed may be able to detect traumatic brain injury, or TBI, according to an article published in the Journal of Neurotrauma. TBIs affect about 1.7 million people each year, and it is one of the leading causes of death and disability, according to the CDC.

This new blood test has the potential to help emergency room doctors diagnose TBI and determine how severe the injury is. Even given within 24 hours of the injury, the test can predict the severity of the injury and how each patient might fare over time. The ability to predict a prognosis early allows doctors to better advise patients on what to do and what to expect with regard to treatment. Doctors can use the information to direct patients to follow up with a neurologist, or maybe enroll in clinical trials for drug therapies being developed to treat more severe TBIs.

Millions of Americans suffer traumatic brain injuries each year after a blow to the head from a car crash, a fall or a sports injury. The severity of a TBI can range from a mild concussion resulting in a headache and temporarily blurred vision to more severe injuries such as seizures, confusion, problems with memory and attention and coma. Traumatic brain injuries have been called “the silent epidemic,” due to the fact that general awareness about TBI is low and no treatment for the condition has been approved in the past 30 years. This new test can help remedy that situation, and offers new hope to doctors, victims and their families for a better chance at recovery.