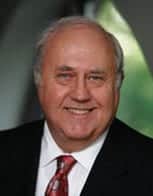 On February 17, 2016, attorney Barry J. Nace was invited to speak before an influential gathering of about 35 judges and lawyers, including several from the States attorneys’ offices. The subject of his talk was the role of expert witnesses – namely, that a judge can only focus their inquiry on the methodology utilized by the expert, not the ultimate opinion. To illustrate this point, Mr. Nace reviewed two famous cases: Daubert v. Merrell Dow Pharmaceuticals, Inc., and Oxendine v. Merrell Dow Pharmaceuticals. A recent Maryland case on scientific evidence, Roy v. Dackman, was also pertinent to this gathering. Mr. Nace represented the plaintiffs in the first two cases.

How these cases were connected

Daubert and Oxendine were precedent-setting cases. They involved detailed scientific evidence that Bendectin, a popular anti-nausea drug in the 1960s and 70s given to pregnant women, was directly linked to birth defects. Daubert was the precedent-setting case from the United States Supreme Court detailing the role of the Federal Courts in scientific expert testimony. Oxendine was a local District of Columbia case which took 22 years of trials and appeals to finally reach a decision. More than ten years before Daubert, the District of Columbia Court of Appeals expressed the same view later expressed in Daubert and most recently in Roy.

These cases relied on expert testimony to prove that the plaintiffs were injured by the drug. The importance of expert testimony played out again in Roy, which focused on whether or not the landlords of a Baltimore home where Roy spent time as a child were responsible for his exposure to lead-based paint. In this case, decided last year by the Court of Special Appeals in Maryland, the Court reversed a decision by a lower court, “holding (1) the medical expert was competent to testify as a medical causation expert; and (2) with the presence of the second expert to speak to the source of lead, it was improper for the circuit court to grant summary judgment when it did.”

Barry J. Nace, founder of the Washington, D.C. firm Paulson & Nace, PLLC, is a frequently sought-after speaker regarding issues affecting the legal community. To learn more about the firm’s services, or to speak to an attorney about a guest lecture, please contact us.