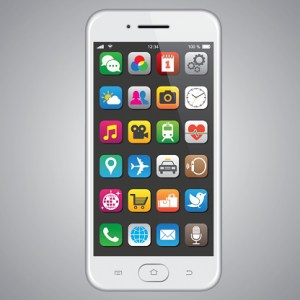 The National Highway Transportation Safety Administration (NHTSA) has reported that after almost fifty years of steady decline, the number of highway fatalities increased by the largest annual percentage last year. The numbers so far for 2016 look to be even worse. The NHTSA reports that in the first six months of 2016, the rate of highway deaths increased by 10.4 percent to 17,775, in contrast to the previous year’s 16,100 fatalities in the first half of 2015.

There are many ways one could attempt to explain that spike in traffic deaths. Gas prices were cheaper, so more people were traveling more vehicle miles than before. However, the Federal Highway Administration (FHWA) reports that the vehicle miles traveled (VMT) in the first six months of 2016 only increased by about 3.3 percent, and the fatality rate per 100 million VMT increased by only 1.12 fatalities per 100 million VMT. Federal safety officials call this spike in traffic deaths a crisis.

Before we get all bogged down in statistics, we know what has increased – and that is the level of distraction for drivers from apps such as Pokémon Go, Waze, Snapchat and countless others. A story in the New York Times blames these new apps for the spike in fatalities as drivers try to divide their attention between texting, reading email, snapping pics, using GPS and driving. The Times piece mentions a crash that occurred in October that killed five people. A passenger in one of the vehicles recorded a Snapchat video showing that the vehicle she was riding in was going 115 mph just before the crash. In another crash, the driver was using Snapchat while driving more than 100 mph when it crashed into an Uber driver, who suffered serious injuries.

Now federal safety regulators want cell phone manufacturers to include a driver mode that would block those apps that seem to be distracting drivers’ attention away from the task of driving. On November 23, 2016, the U.S. Department of Transportation released proposed guidelines that they hope will address the issue of driver distraction caused by mobile and other electronic devices in the hands of drivers. The proposed voluntary guidelines are intended to encourage mobile device developers to design products that reduce the potential for distraction for drivers. For example, when a mobile device is paired with a vehicle’s infotainment system along with Driver Mode would create a simplified interface with the intention of reducing the potential for distracting the driver.

The NHTSA would much prefer drivers to put down their devices and just drive, but somehow it seems as if drivers are firmly committed to having their gadgets behind the wheel. These new guidelines are intended to encourage the mobile technology industry to design technology that helps keeps drivers’ eyes and attention on the road where it belongs.

The NHTSA shared these tips to minimize distraction while driving:

Those who have been injured in a crash that was caused by a distracted driver, or who have lost a loved one in a fatal car accident caused by someone else’s negligence may be able to take legal action against the driver who is at fault.